EVELO is proud to introduce the organizer and the riders behind the ultimate eBikeOdyssey - an 8,000 mile journey from Alaska to Panama.

“We only live once and we have to make the most of our time on this Earth. If I can inspire a few other people to do the same, my life mission will be accomplished.” 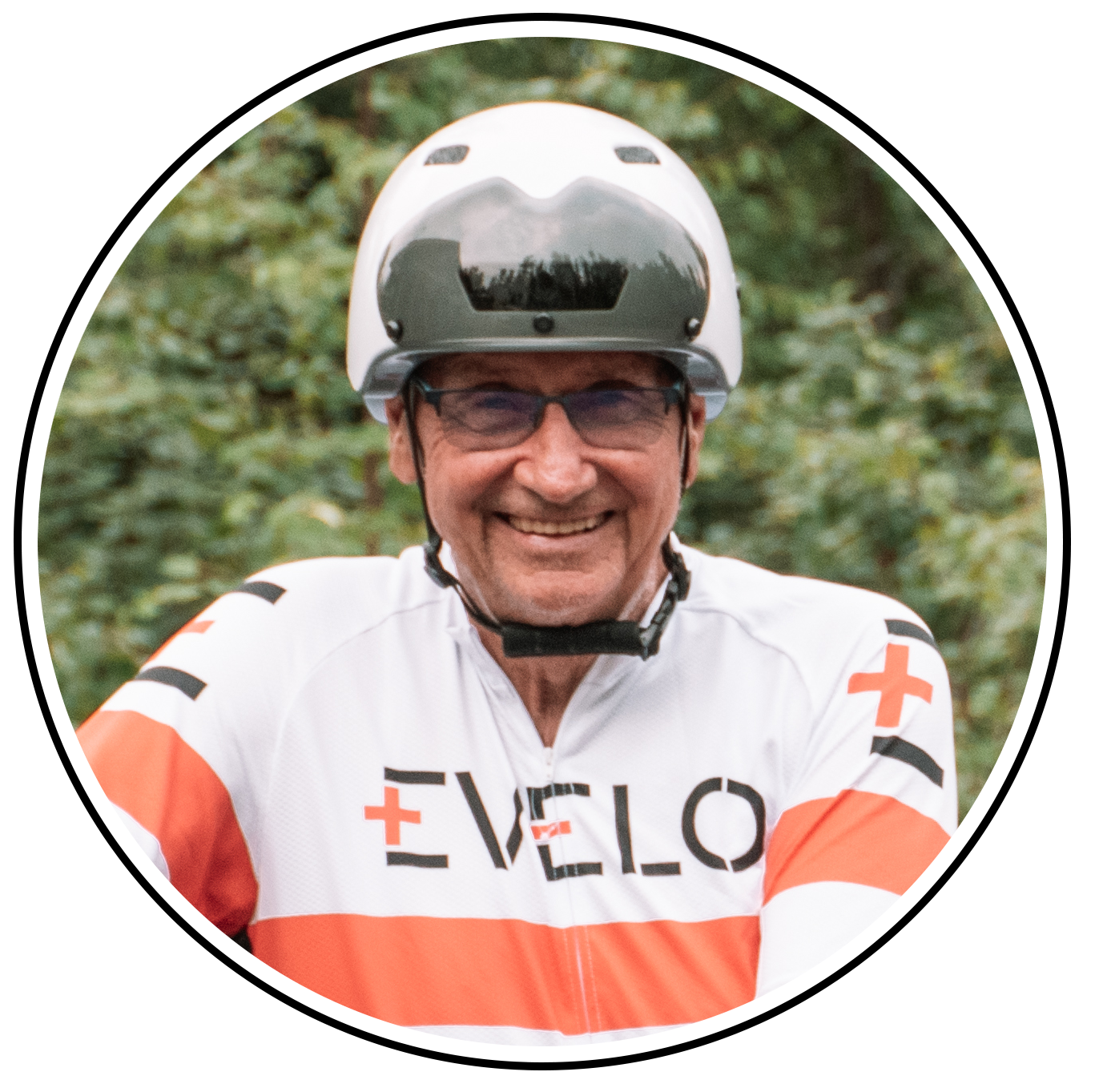 Back in 2021, I got to thinking about how could I celebrate my 80th birthday. I wanted something on a larger scale than just having a birthday party with friends.

I started mulling over various ideas such as traveling to West Africa, traveling down the Amazon, doing the Camino de Santiago for the third time but this time on horseback. But, it was not until I watched three series starring Ewan McGregor and Charly Boorman entitled “The Long Way Around, The Long Way Down, and The Long Way Up,” that I got the idea that I was longing to find.

In The Long Way Up the fellows ride electric Harley Davison Motorcycles from the bottom of Argentina to LA. Watching that is when I said to my wife, Gloria:  “I have my idea, I will ride an eike from Alaska to Panama City, Panama.

I started making plans. My first decisions were all about the route and determining the best way to travel through multiple countries.

It also dawned on me that this was going to be a very expensive adventure. The cost of a support vehicle, accommodation, food, bikes, and labor were going to set me back a small fortune. After a post on FaceBook, I received an email from EVELO’s co-founder and CEO who has expressed an interest in our eBike Oddysey. . After further discussion, I selected EVELO because they have excellent bikes, a great reputation, four-year guarantee, and they were very excited to establish a partnership with me.

Once I partnered with EVELO, then ARROWHEAD PRODUCTIONS contacted me for the rights to film the odyssey. Filming the odyssey solved the problems of support vehicles and drivers.

The idea of the Guinness Book of Records came a few months later. I don’t why I got the idea but it popped into my head and I searched for the oldest guy to ride a long way. Guinness does not do anything with age so I searched biking and up popped The Longest Motorized Bicycle Ride. It was 8029.2 km. I applied and was accepted 12 weeks later.

As it often happens in life, when you decide to embark on a journey, things come together to make it possible. 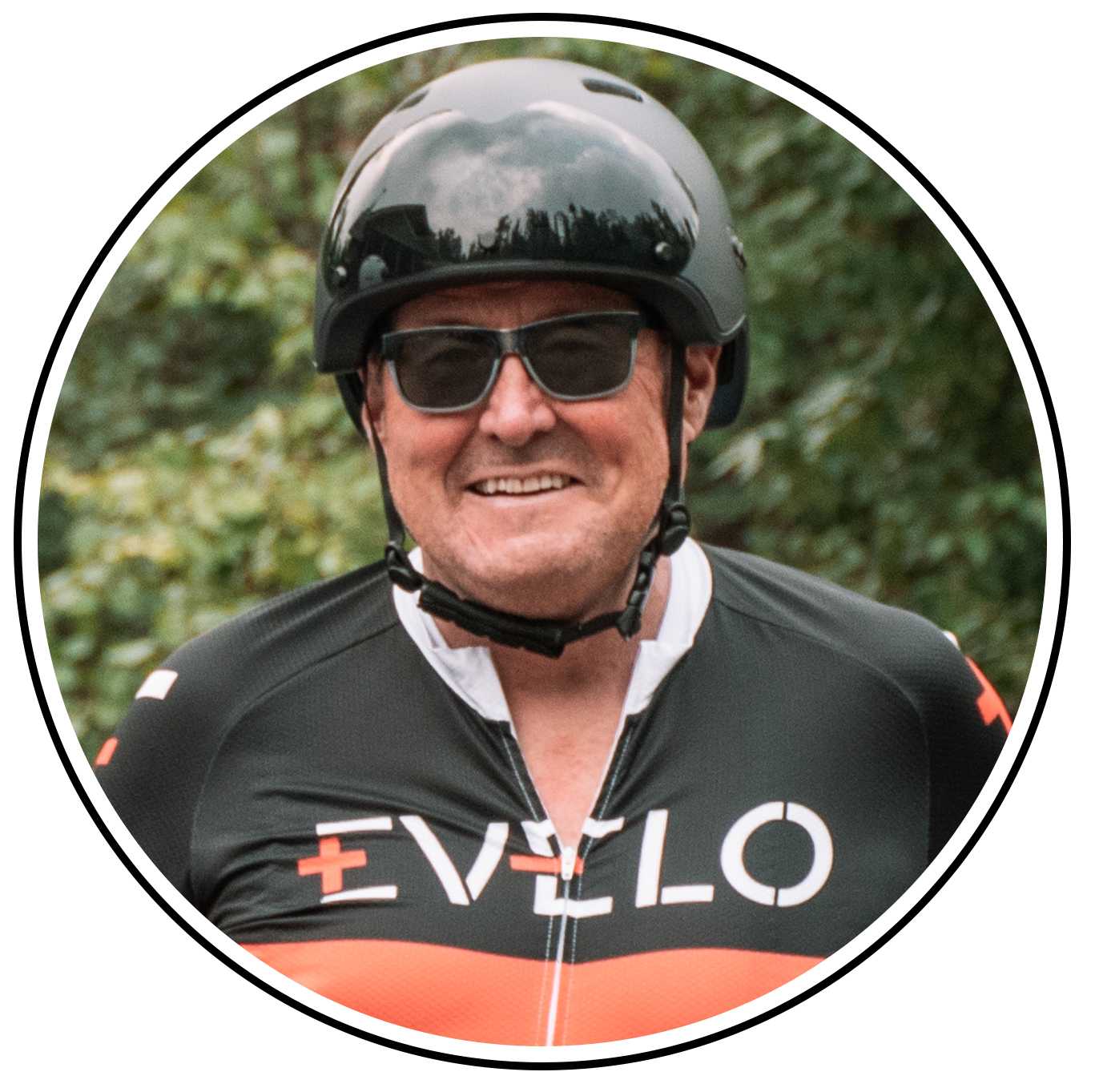 Wayne Grover is a long-standing friend of Bob Fletcher, through the Edmonton Bicycle and Touring Club, having completed rides from Anchorage to Mexico City (2015) and Quebec City to New Orleans (2016) and a series of shorter (~1000km) rides together.

Wayne has also completed rides from Paris to Istanbul, Haida Gwaii to Newfoundland, and most recently across the southern USA in Fall 2021. In his 30s he was an Ironman triathlete and ultra-distance XC skier, kayaker, and marathoner. Now a retired Professor of Electrical and Computer Engineering, his professional life encompassed time with the military, with Bell North Research as a Research  Engineer, then as founding VP Research for TRLabs, and as a full Professor (ECE) at the University of Alberta.

Wayne lives with his wife Jutta in Edmonton and their son Edward lives and works in Vancouver.

Sign up here to receive a free eBike Buyers Guide by EVELO, and stay up to date with Roberts progress

Thank you! Your submission has been received!
Oops! Something went wrong while submitting the form.